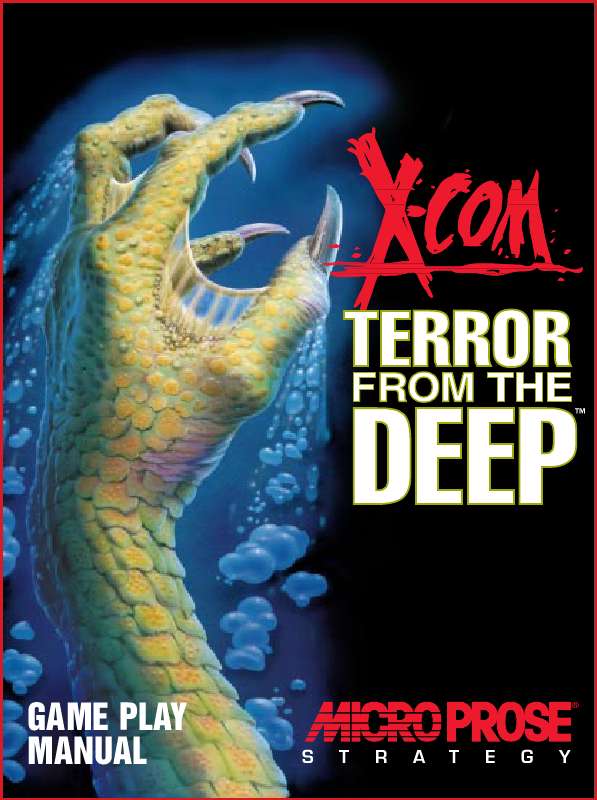 The war goes on ... X-COM: UFO Defense first threw you into the galactic battlefield. X-COM: Terror from the Deep tells the story of an alien terror on a new, completely different depth.

In an attempt to conquer the Earth weakened, the enemies of the cosmic X-COM company suddenly changed its strategy and opened a second front against planet Earth.

In the dark depths of the vast ocean awakened long-dormant powers awakened by signals transmitted through the galaxy interstellar their brothers and sisters. Slowly but surely, the army awakened alien sea creatures. From now on, your battles and extend the fantasy worlds of the sea depths, where the deadly alien invaders threatening the very existence of our planet Earth.