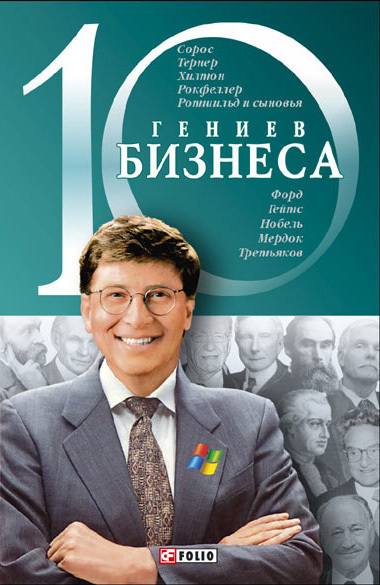 Bogatenkov information about the seller and his items
offlineAsk a question

People, of which you will read in this book, different attitudes to their wealth. Some thought augmenting their assets is extremely important, while others considered his, and other people's money only as a means to achieve other goals. But common to them is that their names are in varying degrees, became iconic. For example, the names of Alfred Nobel and Pavel Tretyakov - a symbol of the cultural achievements of mankind (the Nobel Prize and the Tretyakov Gallery). Conrad Hilton and Henry Ford gave their names to the famous brand - Hotel and automotive. Biographies of such people, characters, and their special attitude to money, power, profit and general attitude to life, and we have tried to include in the book.

By purchasing this product, you get the book "10 geniuses of business" in the format of FB2. Review of the book you'll find here: http://vologdo.ru/10-geniev-biznesa.html

Related to item "10 geniuses of business":