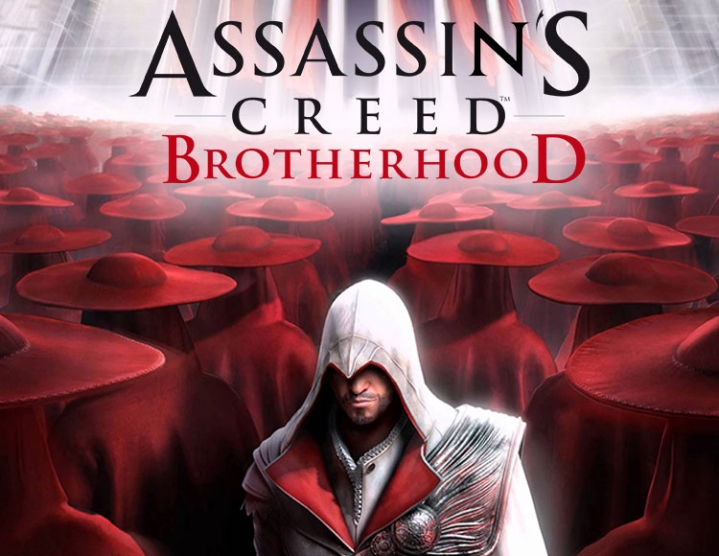 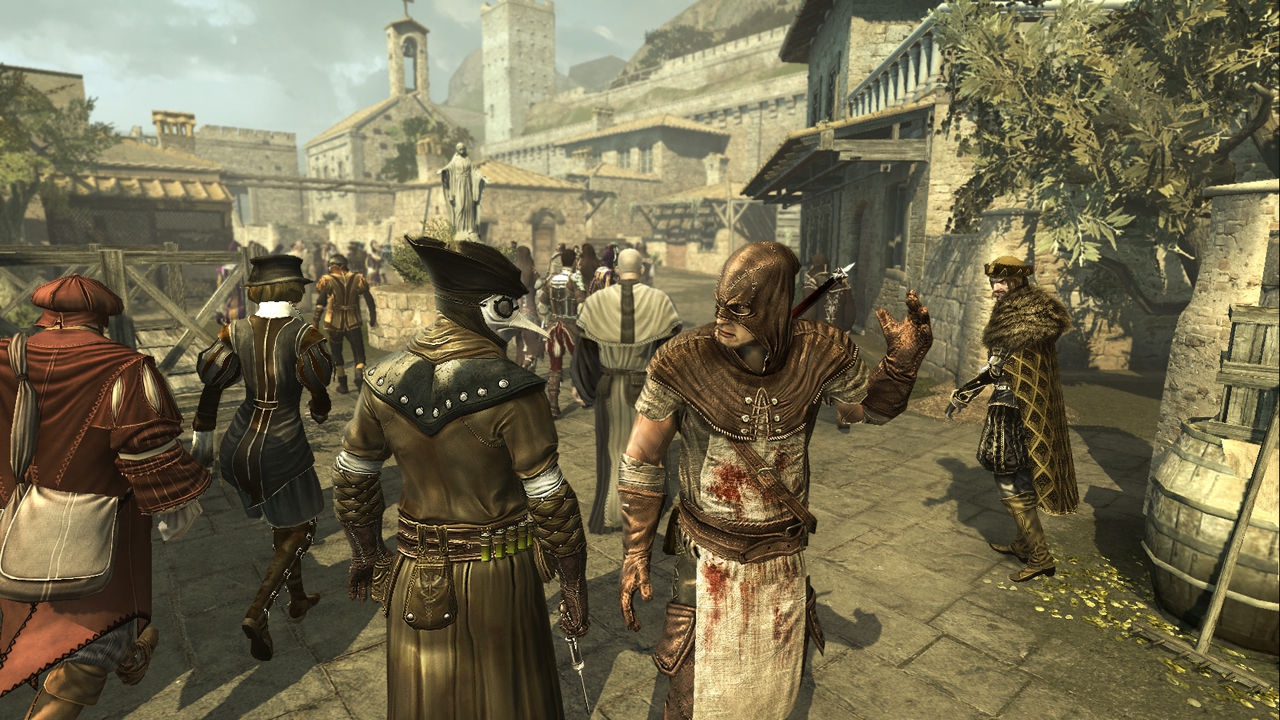 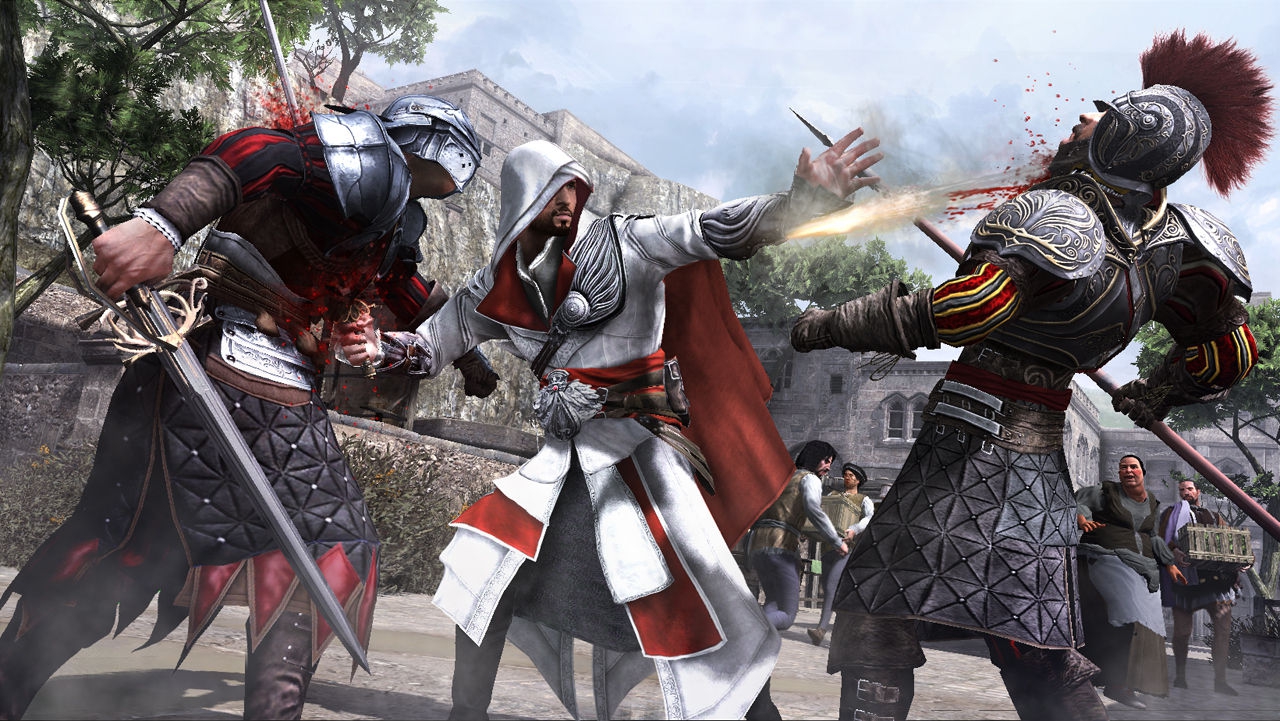 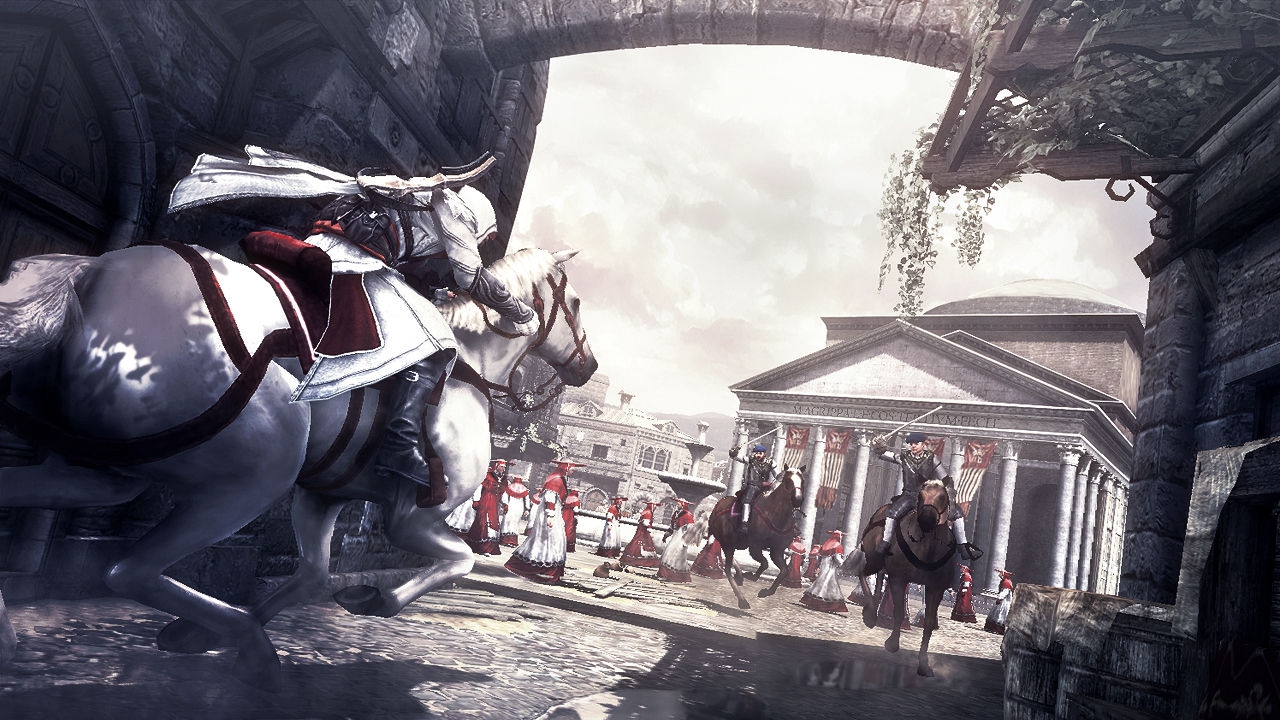 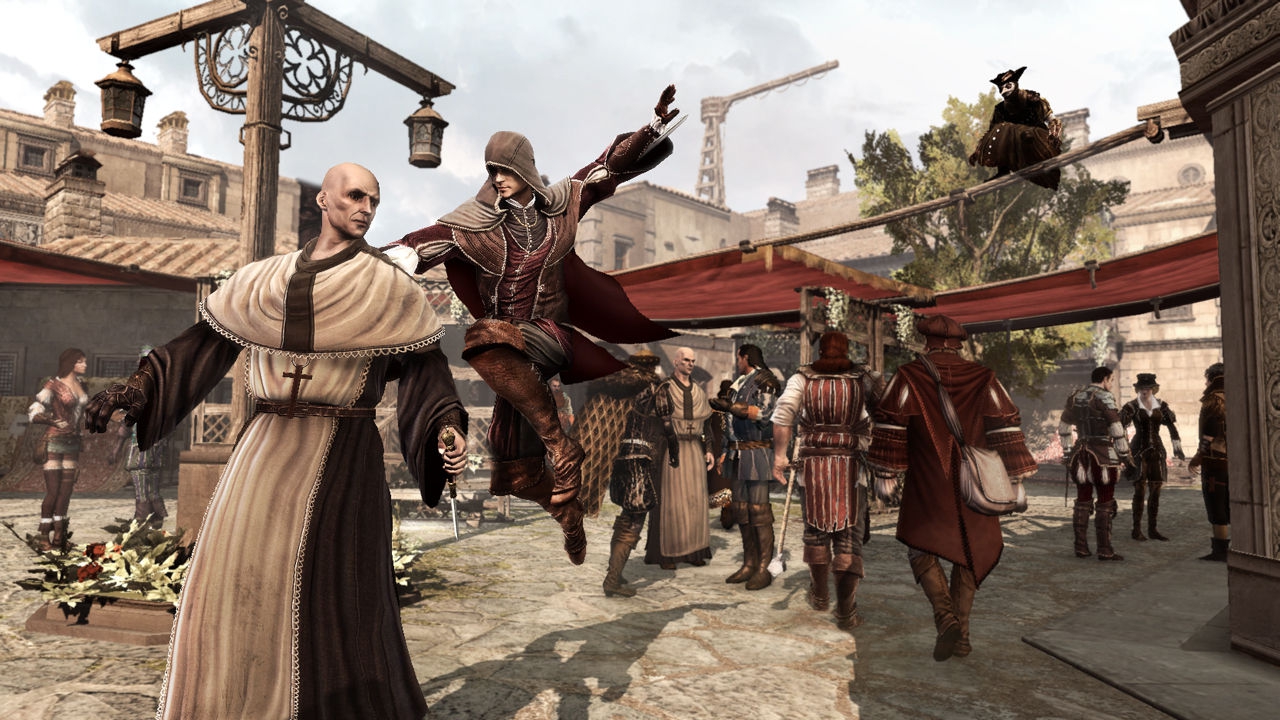 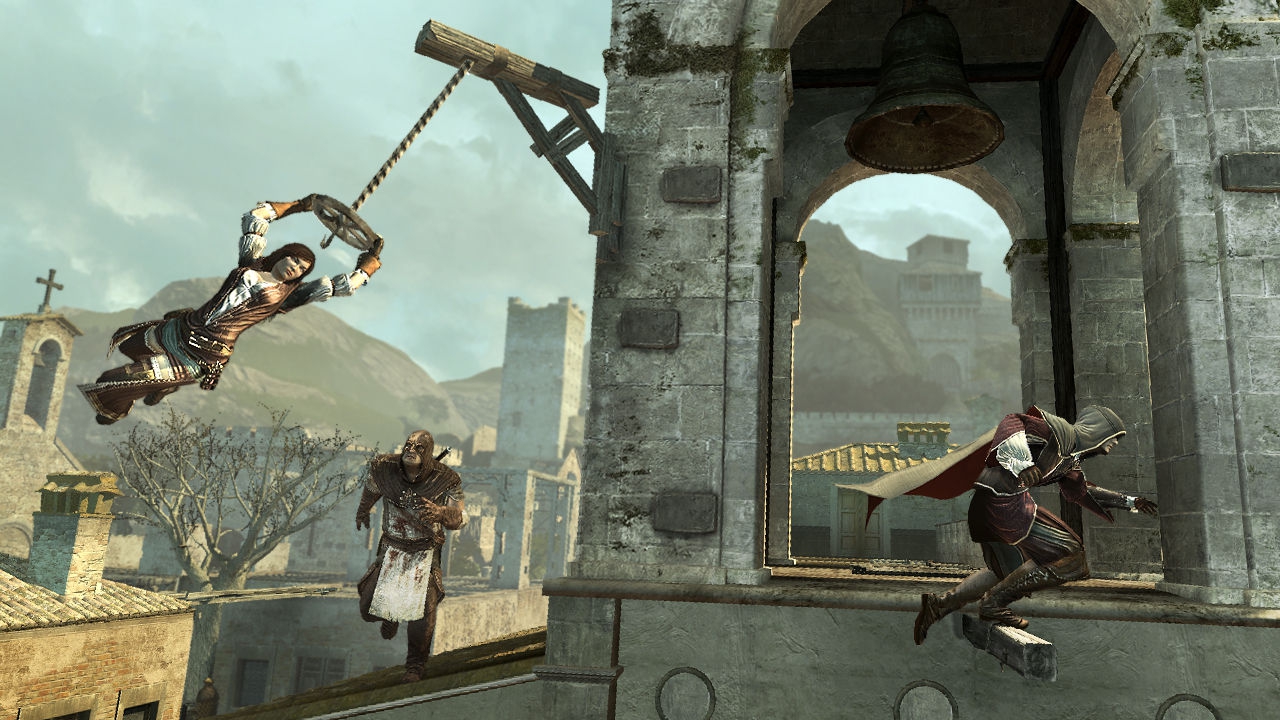 Description:
Live and breathe like Ezio, the legendary Assassin master, fighting against the Templars. He must get to Italy´s biggest city, Rome, the center of power, greed and corruption, where he will hit right into the heart of the enemy.
To defeat the corrupt tyrants who settled there, we need not only the strengths, but also the leadership qualities that Ezio has, going to battle with the Assassin Brotherhood. Only by fighting side by side Assassins will defeat their sworn enemies.
For the first time in the series of games, the award-winning multiplayer is introduced, which allows you to choose from a wide range of unique characters with their weapons and killing techniques, and fight against other players from around the world.
Time to join the Brotherhood has come.Features: BE LEGEND: manage Ezio, the legendary Assassin, in a new adventure that will take you more than 15 hours.
LEAD AND MANAGE THE LEGENDARY BROTHERHOOD: Collect and customize your guild. Train and raise the level of combat skills of your fighters, so that they help you in your wanderings.
APPLY THE SECRET WEAPON: eliminate your enemies using tools such as poison darts, parachutes, double concealed blades, a hidden gun and an advanced aircraft.
ENJOY THE HEART OF THE CITY: use your hard-earned money to rebuild a dilapidated city. Build citizens to your nature and unlock new factions and missions.
MULTI-USER GAME: a wide selection of characters with unique weapons and techniques of murder. With detailed maps and a wide selection of game modes, you will never have two identical battles.