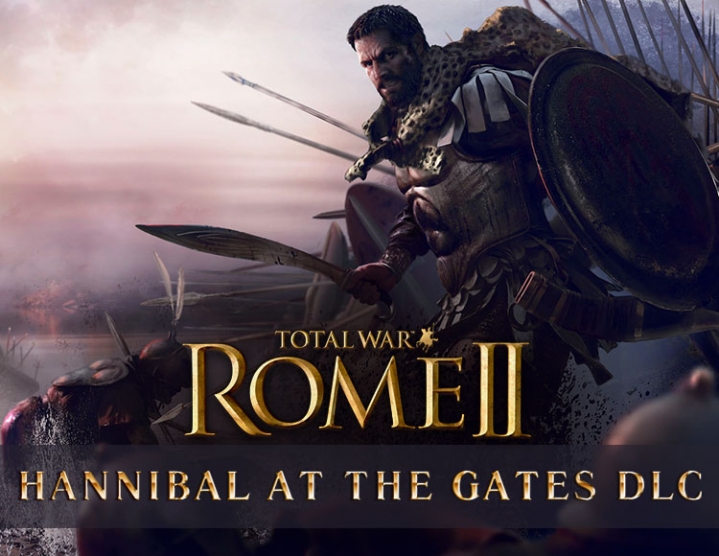 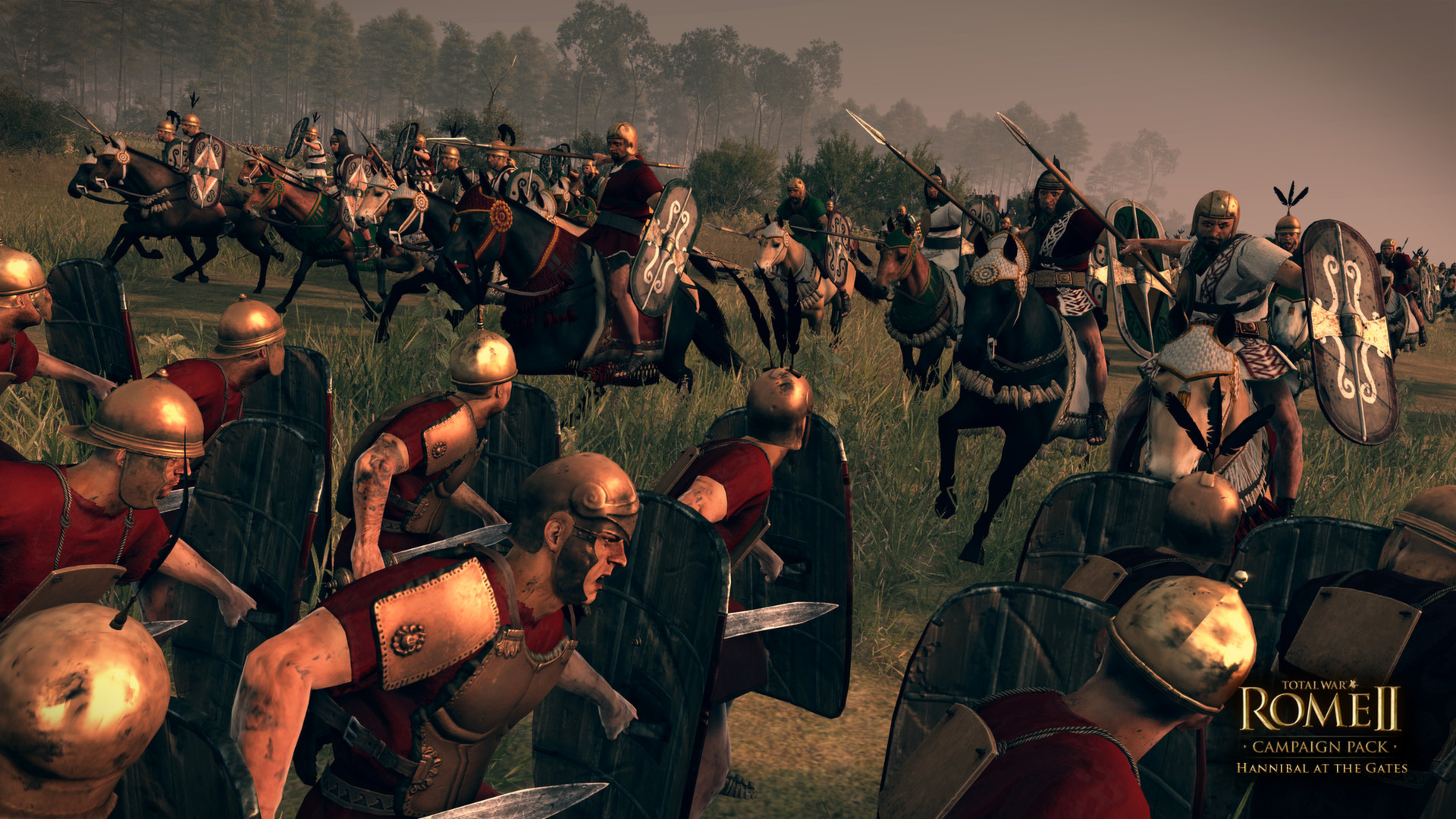 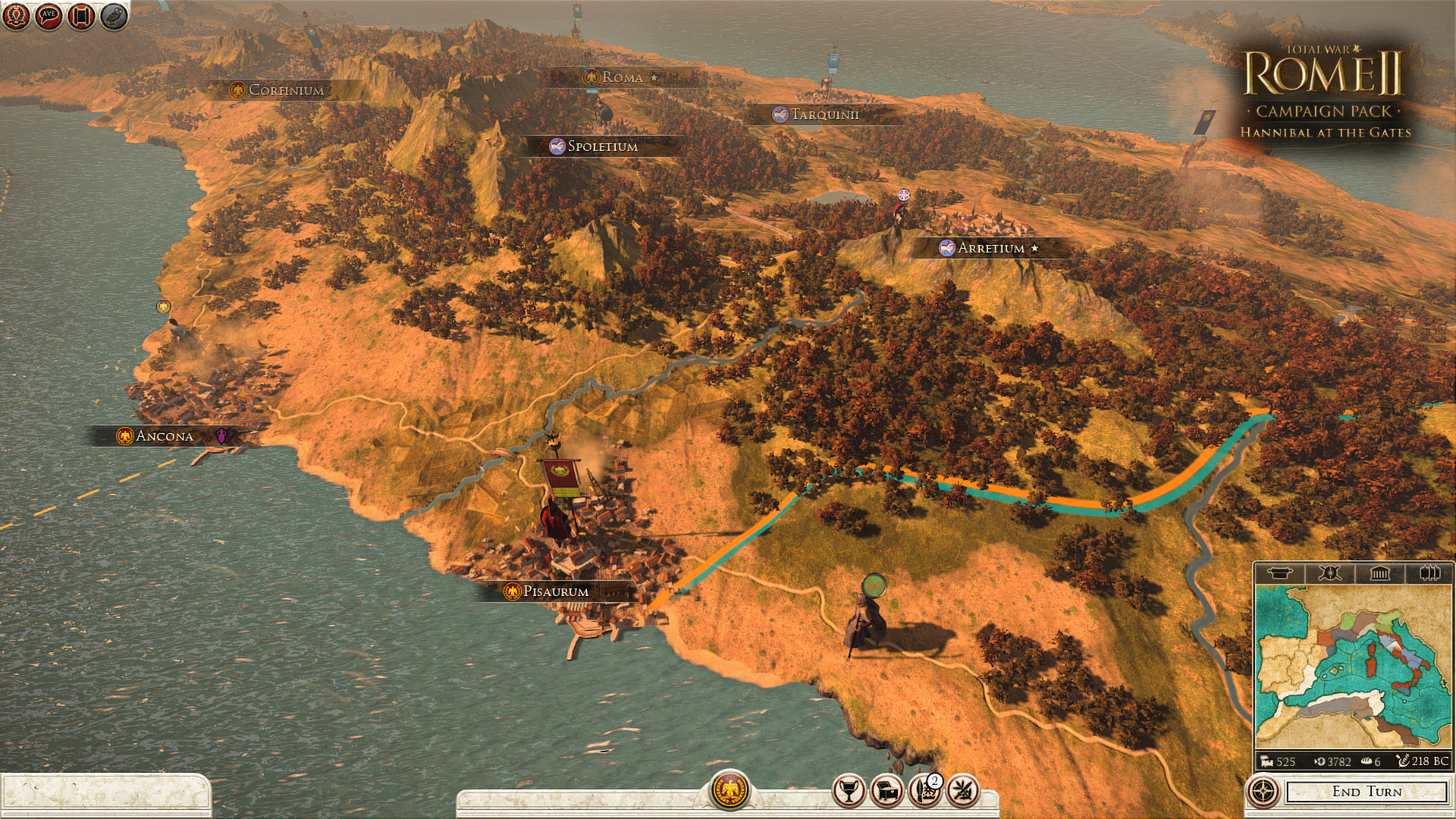 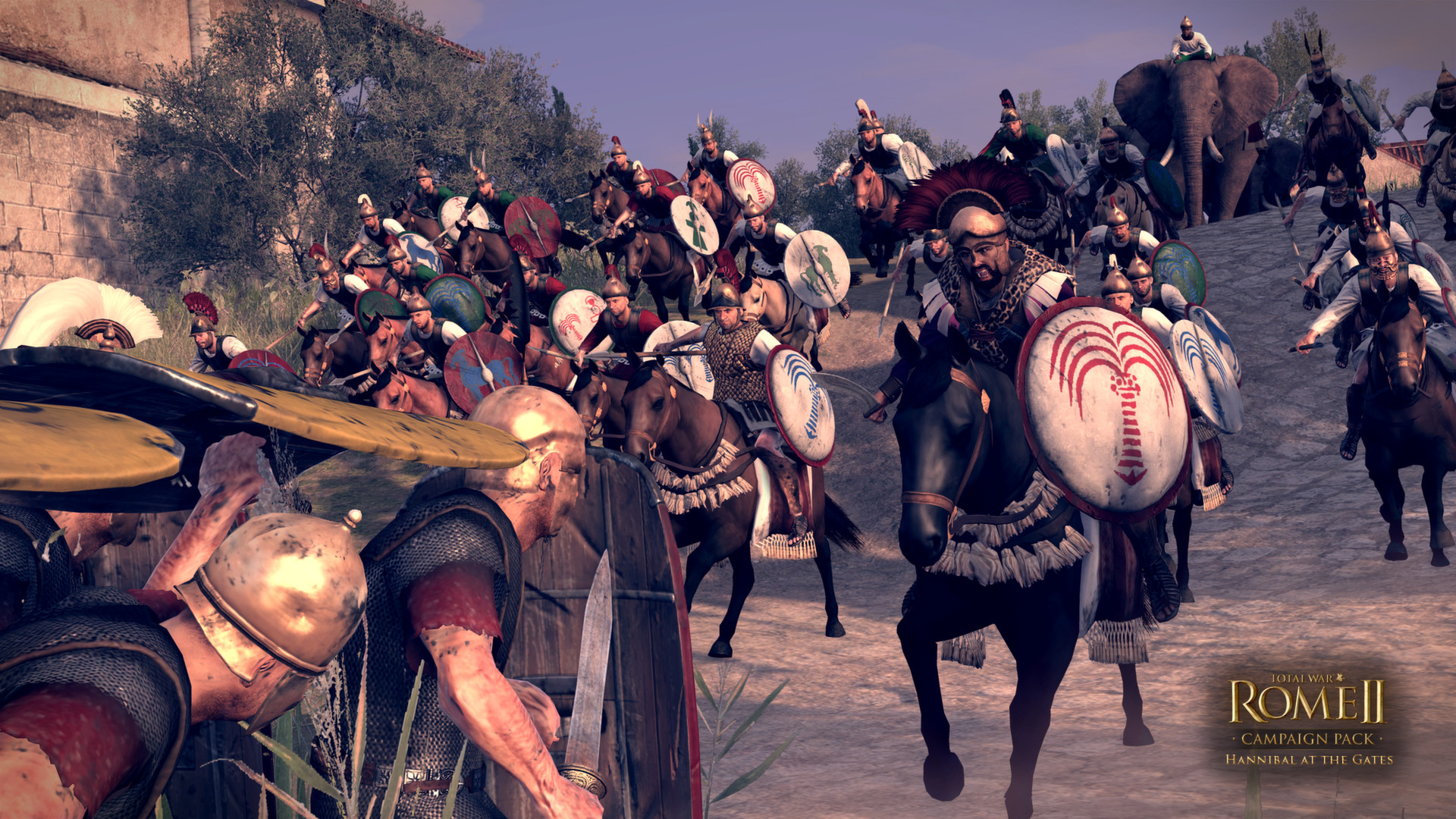 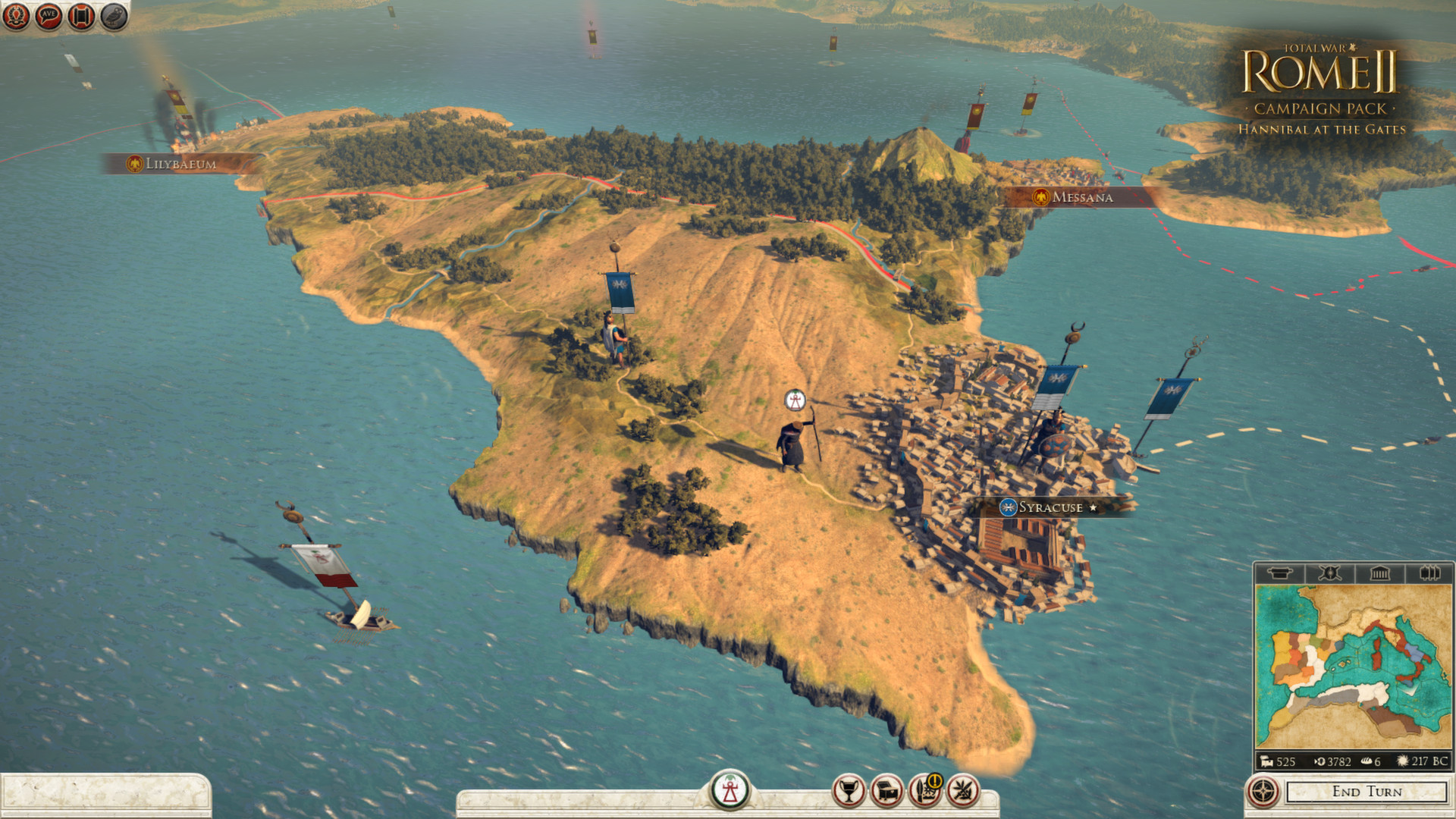 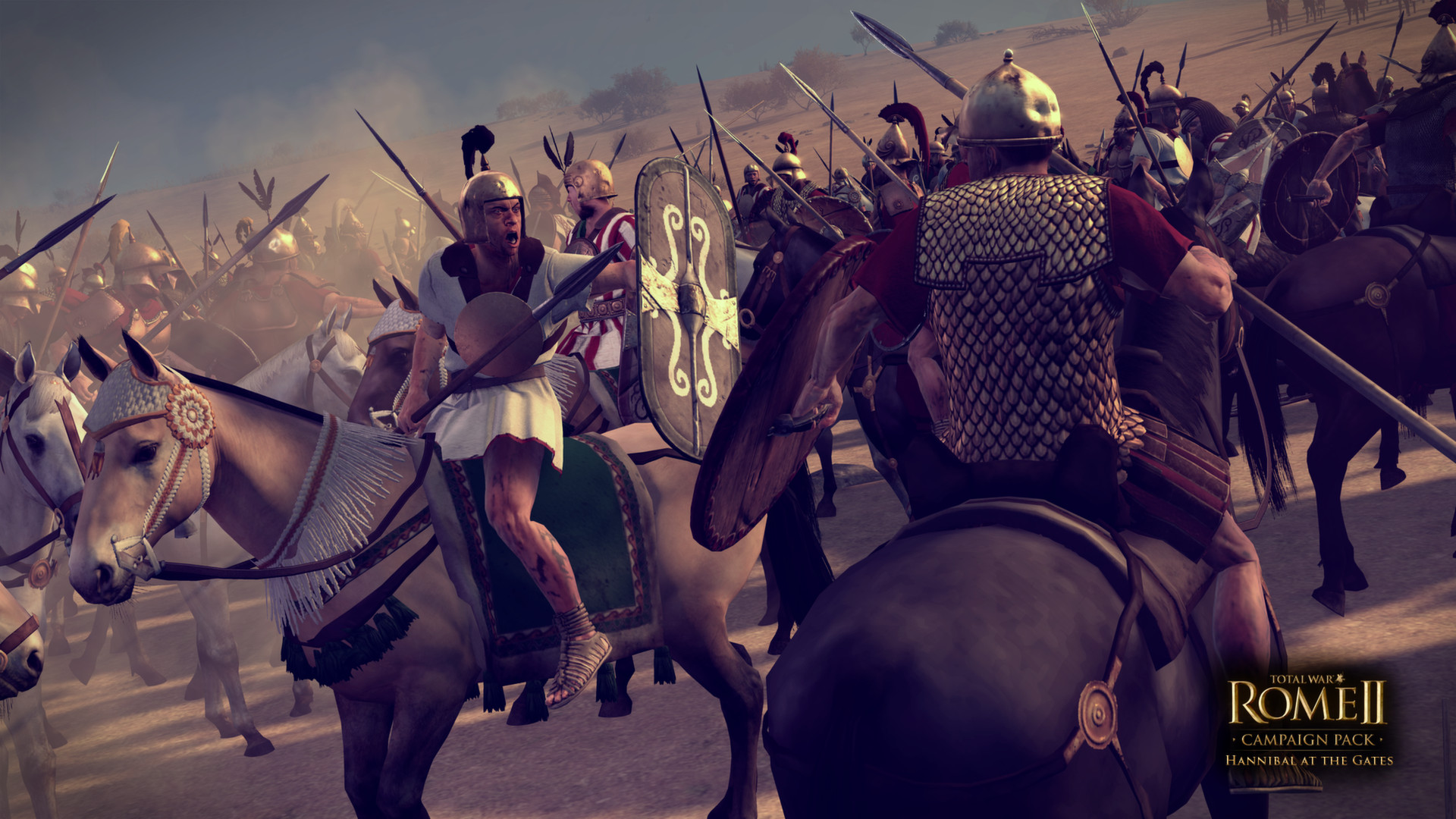 Description:
Attention! To access the content of the add-on, the game Total War ™ is required: ROME II - Emperor Edition. Total War ™: ROME II - Hannibal at the gates. In the campaign "Hannibal at the Gates" the players will be in the Western Mediterranean before the Second Punic War. This campaign focuses on the period that led to the all-consuming war between the two superpowers of the ancient world - Rome and Carthage. In the confrontation, which became one of the most famous conflicts in history, tactical geniuses of two great generals, two sworn enemies - Scipio and Hannibal, came together. Can you repeat their military successes or surpass them? How will you change the history? You can enter the war for Carthage or Rome, stand at the head of the glorious Greek city of Syracuse or, for the first time in the game ROME II, play for the Iberian peoples of the arezwakas or Lusitanians. In addition, Hannibal at the gate includes: campaign: More detailed than in the main game, the representation of the Western Mediterranean, divided into 19 provinces with their resources and settlements. The dominant powers, Rome and Carthage, begin the game in a state of enmity, and each of them under control has a number of key regions and dependent states. Syracuse, arelets and lusitans begin as separate regions, and the game for them differs markedly and becomes much more complicated than playing for one of the two great empires. Diplomacy Technologies: Rome and Carthage have a new tree of civilian technologies related to diplomacy. Both sides begin the game by enlisting the help of allies and dependent states and can deprive the enemy of support through diplomatic intrigues.12 moves per year: The campaign "Hannibal at the Gates" covers the period from 218 to 202 BC. and each turn represents one month. The game changes the seasons, and each season has some impact on the course of the game. A small multiplayer campaign: The "Hannibal at the gate" card is great for those who prefer fast multiplayer games. A joint game or battle for two players in a compact area will become more focused and quicker than in a full-sized large campaign. New historical battles: In the "Hannibal at the Gate" campaign, two new historical battles are added: The Battle of Cannes (216 BCE) ) and the Battle of Zama (202 BC). These battles became the key battles of the Second Punic War. In the Battle of Cannes, Hannibal was at the height of his power in the invasion of Italy, and with Zame Rome finally defeated the forces of Carthage. The new factions for the game Total War ™: ROME II In addition to the mighty Carthage and Rome, players will be able to fight in the Second Punic War for three new factions: arevacs, Lusitans and Syracuse. Each of them has its own strengths, distinctive features, unique troops and its initial position in the campaign. By purchasing the addition of Hannibal at the gates, players will be able to play for these factions in the main ROME II campaign. Arevakas The expansion of empires led to the lands of both Carthage and Rome, although Hannibal is currently at the border with this militant Celtiberian tribe. At the beginning of the campaign, the arrests are neutral, but they have a choice: to unite with Hannibal, at the risk of falling under the Romans´ blow, or to remain in good relations with Rome and incur the wrath of Carthage. Despite the excellent knowledge of the terrain and valor in the battle, the arrivals can not stand against the two superpowers at the same time. Now they remain neutral, but it will not last long. Someone must take control of the Iberian Peninsula. So why not make