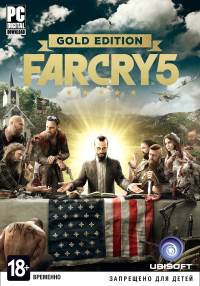 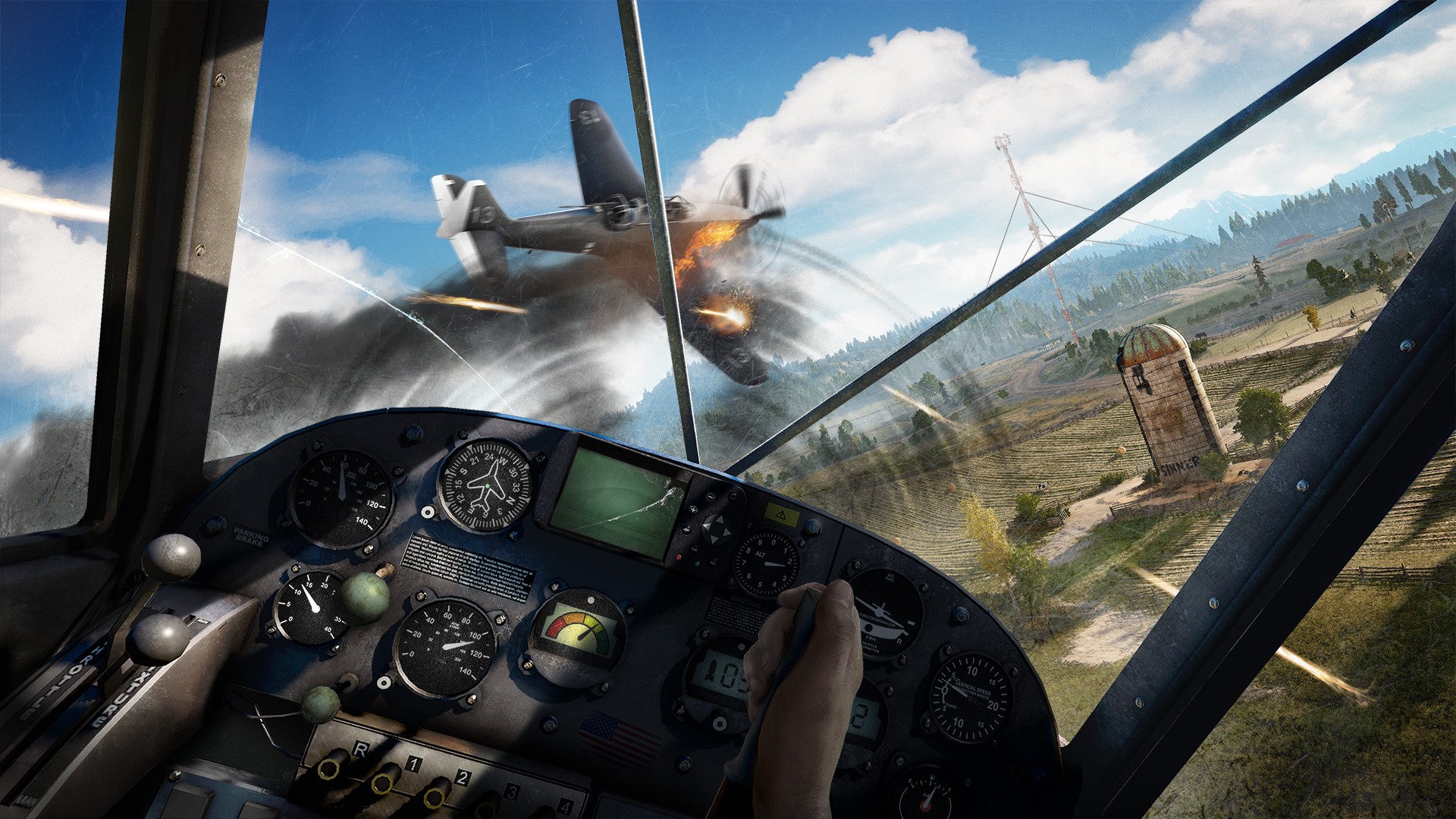 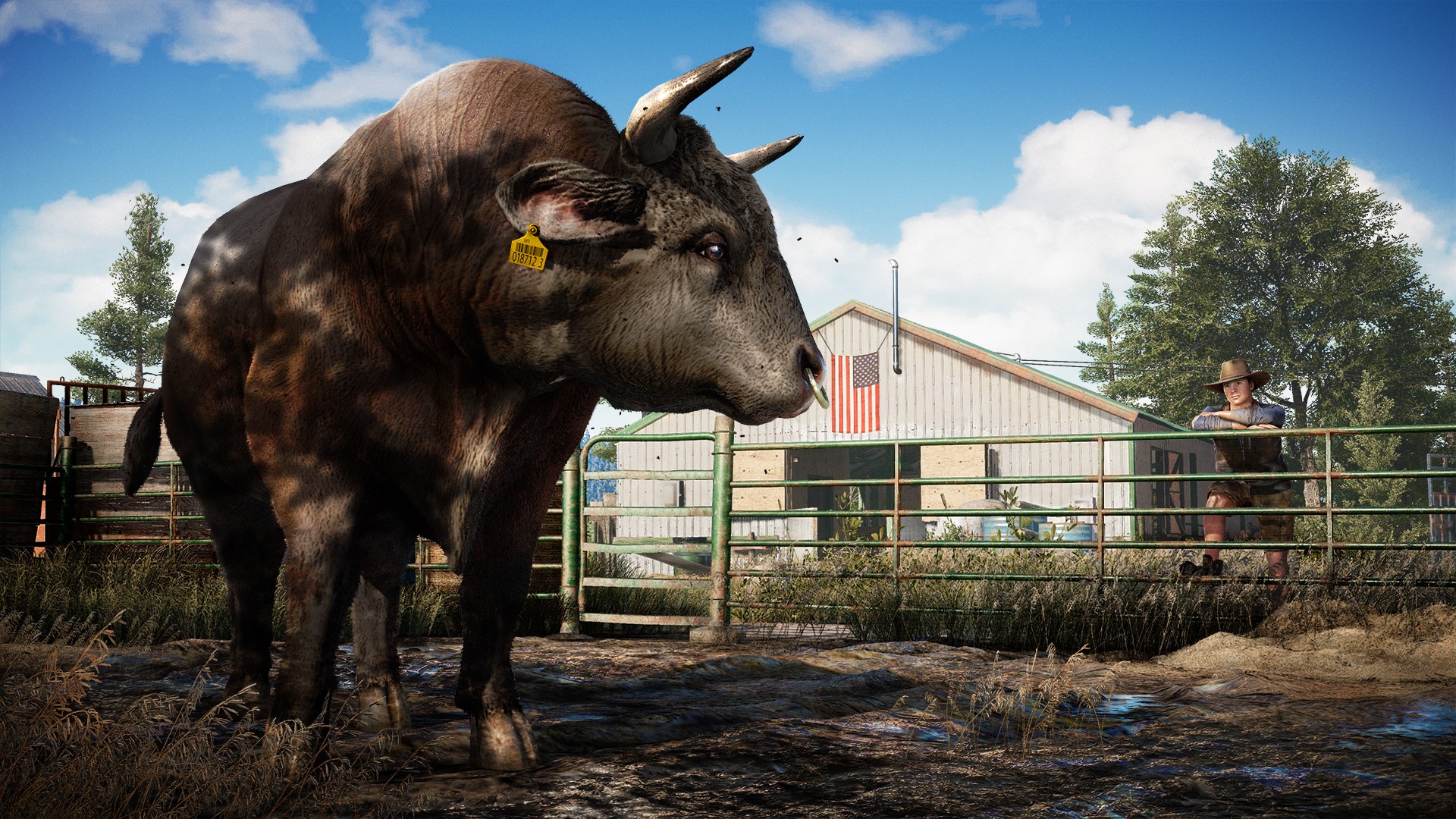 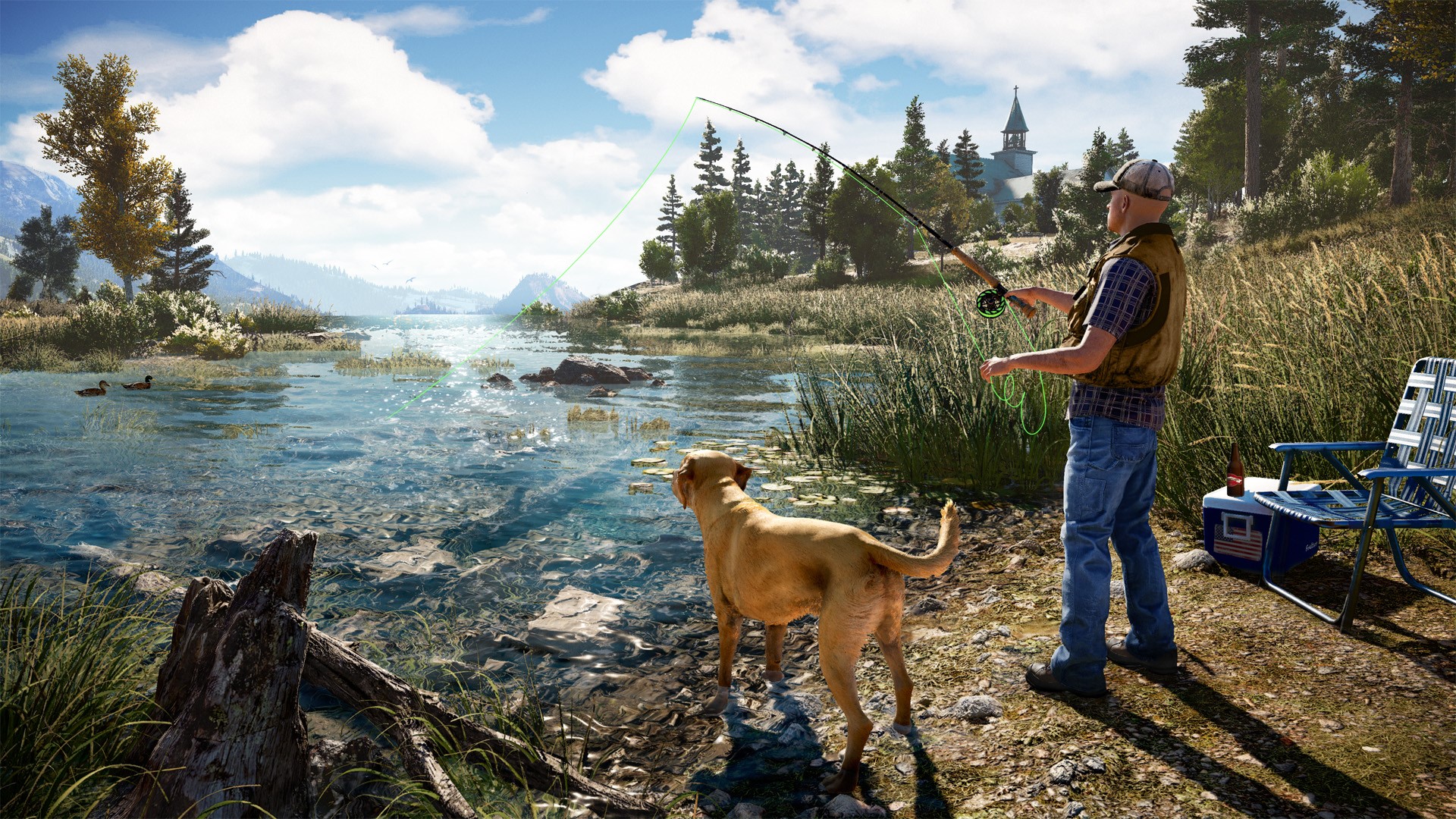 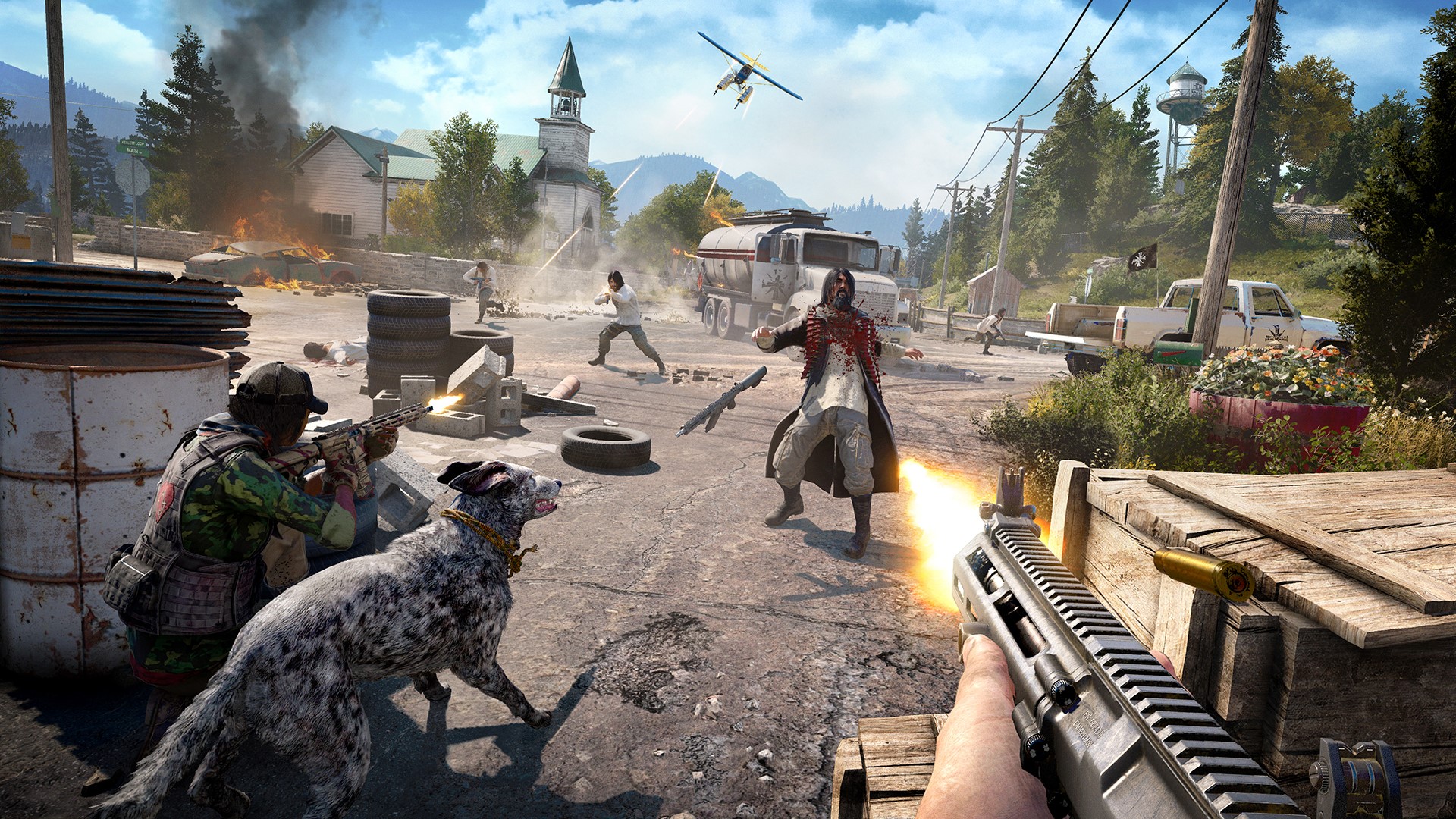 Composition Gold Edition:
FAR CRY® 5 game
SEASON PASS: Get the most out of your FAR CRY® 5 experience with the Season Pass, which gives you access to additional stories, assignments and equipment.
The Digital Deluxe Suite, which provides early access to certain types of equipment, vehicles, and consumable items that will prove very useful in the matter of resistance - the fight against the Gates of Eden Project.

The action of the new game from the famous Far Cry series unfolds in the USA. Welcome to the Hope County of Montana. This picturesque corner has become a home for people who truly value freedom ... and also for a sect of religious fanatics called the Gates of Eden Project. The sect is headed by Joseph Sid, who considers himself a prophet, along with his brothers and sister - the so-called Messengers. The sect is trying to regulate all aspects of the life of the inhabitants of the district, where peace and tranquility once reigned. Arriving in Montana, your hero sees that the representatives of the “Gates of Eden” are preparing to establish full control over the region. You have to rally the residents of the district and awaken in them the will to fight for freedom.

You will be able to explore the vastness of Hope County, including the river and the airspace, using many types of modifiable weapons and vehicles - there has never been such a diverse set of equipment in Far Cry! You will find yourself in the center of an exciting story in an unpredictable world that responds to all your actions. Every new place you visit and people you meet will have a significant impact on the development of events. You will find a lot of surprises!

AWAKE THE WILL TO FIGHT THE SEA OF FANATICS
Your hero will rally the residents of Hope County in Montana and lead the resistance to free the region from sectarians.
Lots of memorable characters: the owner of the saloon is Mary May, the pilot and exemplary family man Nick Paradise, pastor Jerome Jeffreys, who had to leave the ministry, and others.
Hire characters to help you fight, and improve their special skills (up to three at a time) to frustrate the plans of the "edemschikov."
Also you will be helped by specially trained animals to whom you can give commands depending on the chosen style of play.
And in the case of the Resistance, the help of friends is useful to you: the story campaign is available for passing in a joint mode for two players.

PASS YOUR WAY
The game provides complete freedom of action: you decide where, what and how best to do.
When you arrive in Hope County, you will determine your own course of action.
For the first time in Far Cry, you will be able to play for your own unique character - choose an avatar and use personalization features.
With the help of the game map editor, you can create unique adventures, full of real madness in the style of Far Cry, to play with friends or compete against them!