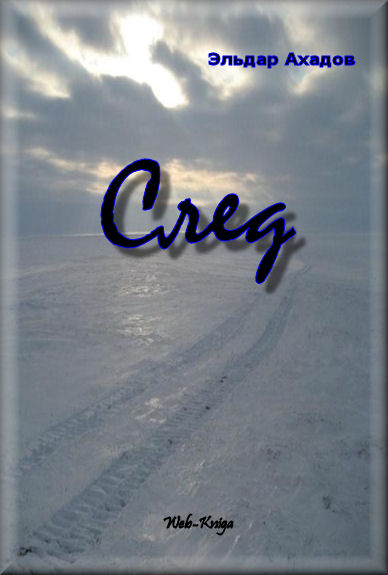 The anniversary of the outstanding collection of poems of the poet and prose writer, Eldar Alihasovicha Ahadova.

Fragile and fleeting human century. In comparison with the age of the universe - in short nainichtozhneyshey atomic proportion of its instant .... He opened his eyes - eyes closed. That's all. Whether lived - whether it seemed.

How so? It would be desirable to believe that will remain after you, well, they should at least mark some or nick, or bar, or a dash of ... anything. I want to, really want to remember: he was in this world a certain John Doe existed.

And experienced feelings - both of them something to save memory? What lived, breathed, he saw and heard? What suffering, what happy? How to tell the coming of what was the most important for you? .. Because if you do not try to pass it, why live? Is it really: everything - vanity? All - vanity? .. And oblivion of nothingness - the result around? ...

And so fussy and Brenna word of men, it seems, did nothing. Not for nothing do they say about him: "take off - you will not catch." Ephemeral Essence ... No hand to hold, or step on it, or throw into the fire or in the water to drown - nothing, nothing is impossible. Utter - and no, read it over and done with, but think of it, it is already here, hovering there, though like and do not see and can not hear anywhere else.

It invulnerable. Unavailable neither space nor time. Neither old age nor death he did not decree. The sun will go out, and the word - will remain. And for storing word universal: whether carved in stone, written on paper, whether in electronic memory if hidden from the constellations or whether composed of pieces of time - it makes no difference. Overwrite, perezapominat it can be any number of times. The words of the ancient Egyptian priests on papyrus sound and mean the same thing today as thousands of years ago, though born yesterday, and billions of years will mean all the same ...

Maybe valuable for us immortal words is what is left after the person in the Universe?

And our record, our poetry, our stories - are the very traces of life, which always indicate that there were such a John Doe who like and has never been, but here - some of the words they were not dead, not burn, does not become a dust between stars.

Book of poems "Next" - the first, but not my last e-book. Behind it will be still many others. Not only in poetry but in prose.

The main thing for me was - to find the words, so "the ashes of Klaas," which is able to reach the heart of the reader. And was it - time will tell ... That thing that the Word has no power.

Related to item "Ahadov EA Next. Jubilee collection of poems":

Alina Svetlov. I do not love you, my love