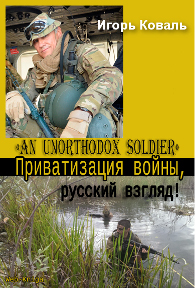 The book reveals many interesting right now the subject of private military companies and mercenaries in them, a "new" approach of many governments of the world powers to solve military problems beyond its borders and beyond. New time dictates new conditions and poses problems - quick response to their pledge of preserving the state and independence. We consider the prospect of Russia´s approach by analyzing historical - well forgotten past. The theme is revealed by the author participated in many wars and local conflicts, which served in many PMCs himself and knows firsthand the subtleties.

Related to item "An Unorthodox Soldier":