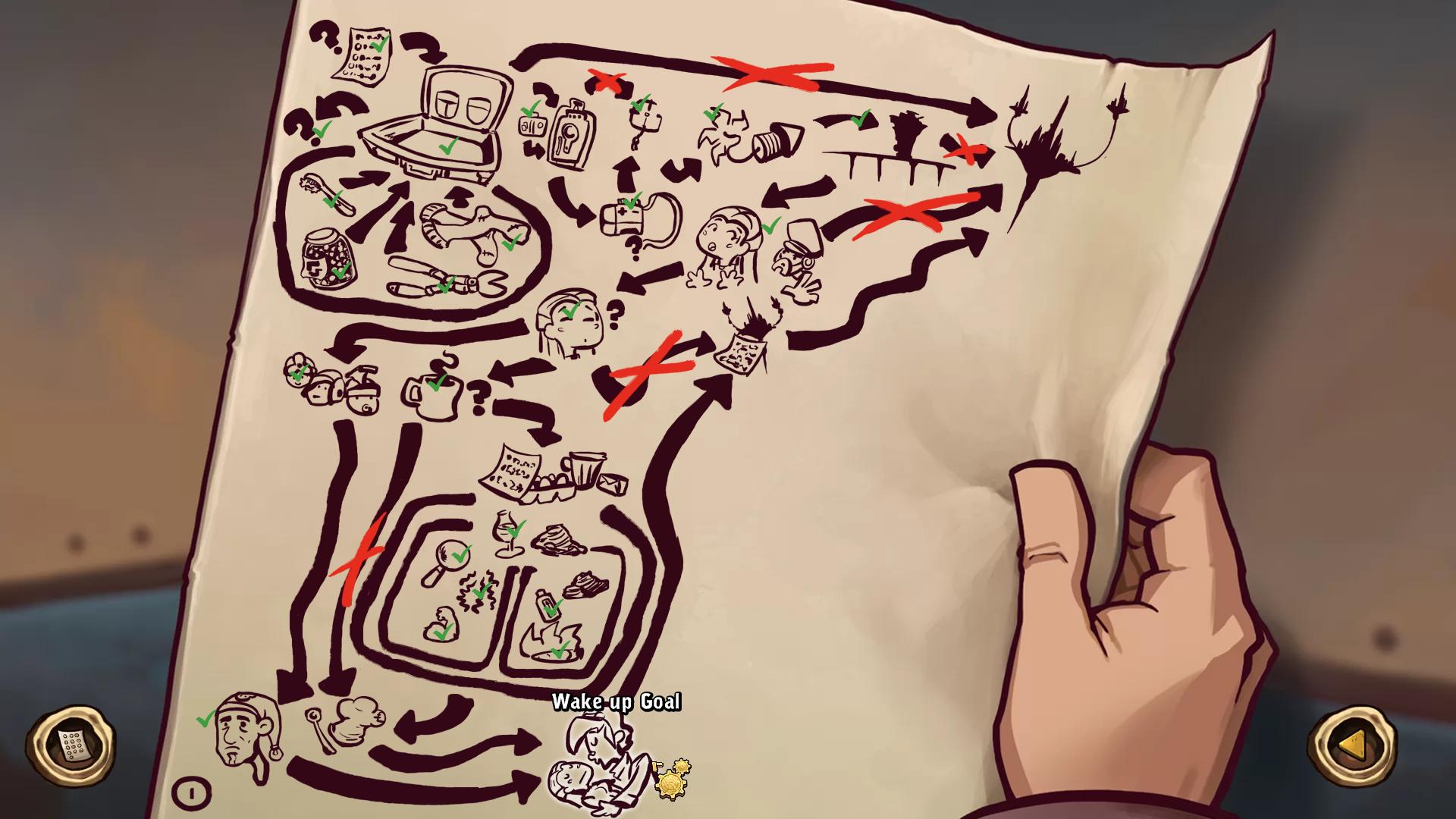 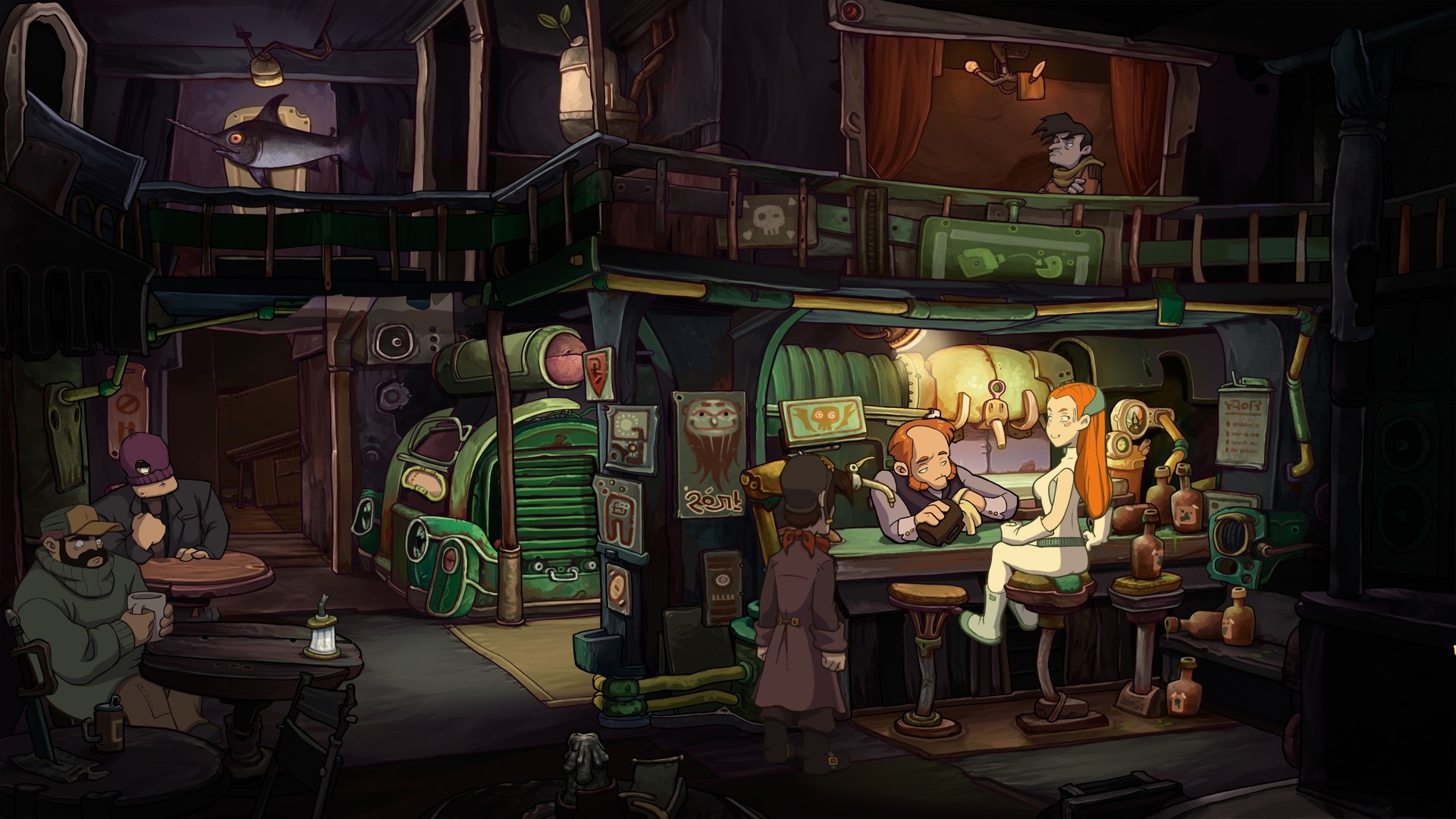 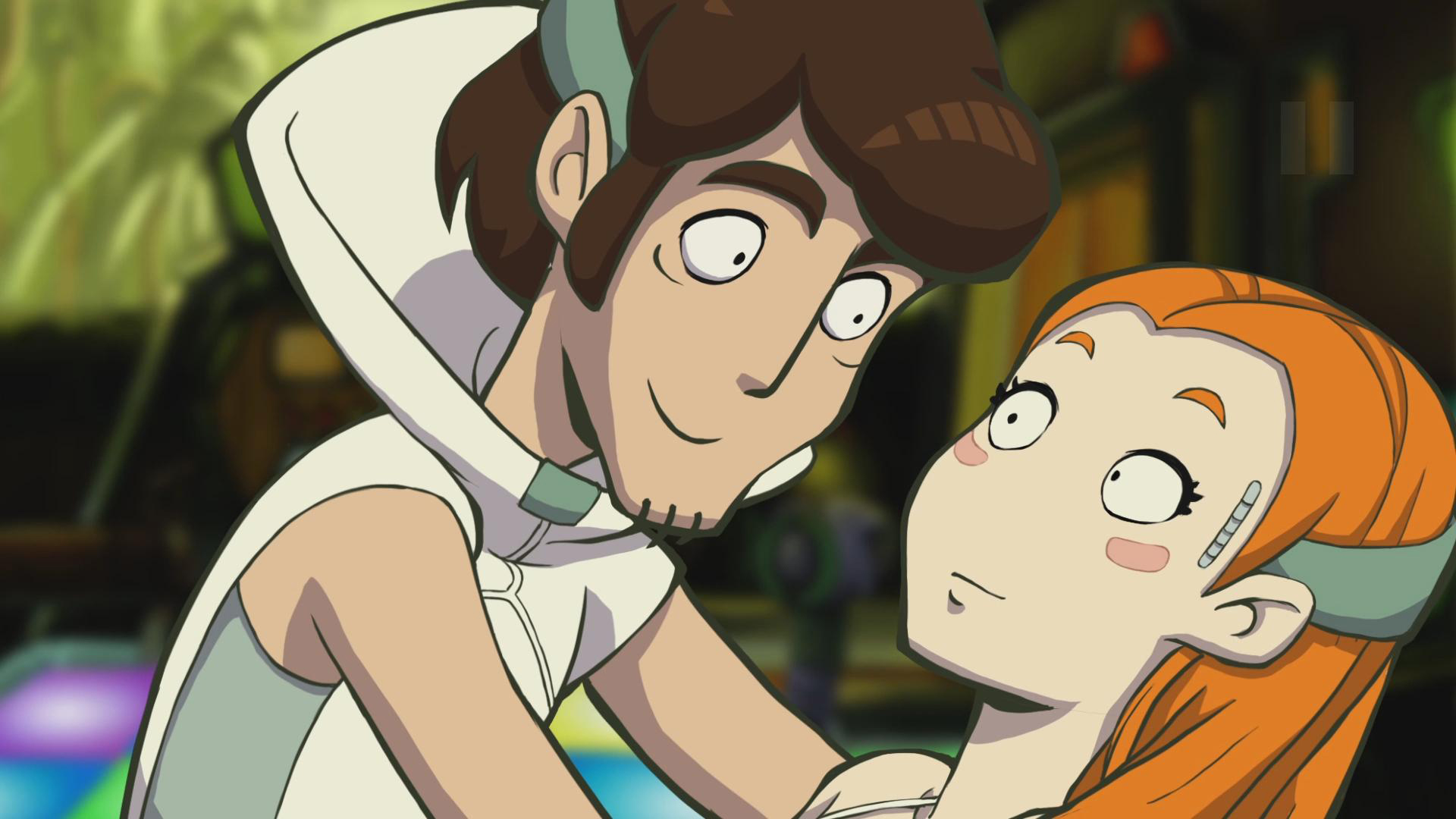 Garbage, trash and more trash. Life on a small planet Deponia is not sugar. It is not surprising that Rufus is fed up with such a life and makes the most ridiculous plans one after another, hoping to escape from this gloomy little town.
During one of his attempts to escape from Deponia, Rufus meets Goal and falls in love with this beautiful girl from Elysium. He accidentally dumps her from a comfortable cruiser, and she finds herself on a gloomy planet-dump. But this accident gives rise to a new plan in his head: he needs to help Goal to return to the soaring city of Elysium, and for this he will have to play the role of her nasty groom Clytus, who for some unknown reason looks like two peas in a pod of water. So begins their incredible adventure ...
The Deponia trilogy, which has already gathered a rich harvest of awards and first places in various charts, the creation of the developers of such hits as Edna & Harvey: The Breakout, “Escaping the World” and Memoria, became a cult even before its release. Thanks to a delightful story, cute heroes, hilarious dialogues and a subtle combination of comedy and mystery, Deponia will appeal to players of all ages. Embark on an exciting journey with Rufus! For the first time the game comes out in the full version with a mass of new features that will delight not only old fans of adventure games, but also beginners.
FEATURES
Complete Journey includes more than four hours of Developer Comments, the Deponia World Map, allowing you to select each chapter of the game, a detailed graphical help system, help screens for mini-games, a new launch menu, new hidden collectible items, Linux support, and 6 new songs written and performed by pokey, as well as videos about what was left overs
From the creators of Edna & Harvey: The Breakout, A Slithering World, A New Beginning, Harvey´s New Eyes, Memoria and Blackguards
Deponia - The Complete Journey - it´s over 4 hours of comments from developers, as well as Poki and actors, voiced by Rufus and Goal
Find out the full history of the Deposit.
Interesting puzzles, more than 40 hours of play and wonderful dialogues
Additional materials, surprises, educational bonuses, such as “How to draw Rufus” and “The Art of Deponia”, developer soundtrack and paper models