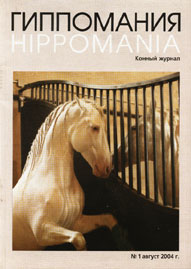 On the fate of horse breeds in mire.Kollektiv authors VNIIK Familiarity with any sector of the economy of any country begins with basic statistics that allow you to quickly assess the level of development of the industry and its individual areas. This article is remarkable because it was the first official state organization in Russia is the public statistics on breeds of horses. Recall that the Research Institute of Horse Breeding since 1992, is the only organization authorized to issue documents and tribal lead GIC (Stud Book, studbook) by species, except for the Russian horse (TAA, Department of Horse Breeding). Key figures:
Thoroughbred horse breed 1185 ewes and 108 stallions;
Russian Trotter (including Standardbred (American Trotter), included in the same CPC): 2050 ewes and 85 manufacturers;
Orlov Trotter: 798 and 91, respectively;
Trakehner: 940 and 140;
Budyonnovsk: 910 and 114;
Don: 615 and 43;
Terek: 132 and 25;
Hanover, thoroughbred Akhal-Teke, Thoroughbred: to these 3rd species indicated only that the number of queens in them varies from 473 to 200;
Russian heavy draft: 672 and 174;
Persheronskaya: 164 and 48;
Soviet heavy draft: 139 and 20;
Vladimir heavy draft: 113 and 20;
Shetland ponies: 77 and 16;
Novoaltaisk 1790 and 138;
Bashkir about 3,000 ewes.
In Russia, 18 species bred in the presence of breeding records and supervised VNIIK 1 - Russian horse - supervised by TAA. The article analyzes the common factors that affect the current state of horse breeding in Russia.

The first Open Championship of Arabian horses of the North Caucasus region. E.Zhukovskaya. Elena E. Zhukovskaya for many years the chief judge of the Pyatigorsk racecourse. She - the author of numerous articles in horse magazines - and dedicated to racing, and general (stories about visiting England, Russian about horses abroad and others.). In this article, she talks about the first championship of Arabian horses. The fact that the Arab, as well as the Akhal-Teke breed, bred not only for racing but also for special shows, where their beauty experts estimate. But, if the exhibition is held in the Akhal-Teke brood Pyatigorsk 11 years in the framework of the International rally enthusiasts of this breed, the exquisite arabchata undeservedly forgotten in the center of the Russian Arabian horse breeding. The first championship and the show went on Arab horse shows in Moscow and St. Petersburg, they are now caught up and Pyatigorsk. (Especially for "Gippomnii").

Trip Report for the purpose of peer review calves aged 1 and 2 years. Author A. Nikolaev, st. n. p. VNIIK. In recent successes Budyonny horses in the sport - in Russia (Knight, cutter, etc..) And abroad (Golden Joe, and others.), Participation in exhibitions and Budennys magnificent "gold" the good-natured giants Dons break the prejudice the public against these equestrian horses. More and more buyers and fans attracted to the horse capital among the public and abroad. This article - the story of the journey of the expert committee of researchers at the horse plant in which these breeds are bred horses: they. Kirov them. Budyonny, "Steppe", "Don" Zimovnikovsky, the First Cavalry Army.

Is it possible to bring success? Andreas Springe. Swiss breeder, backed by training and work in "farrier, blacksmith," "orthopedic forging" Service in the Swiss cavalry with his horse, serious equestrian career (Switzerland triathlon champion in 1975, a judge in show jumping), course design Parkour and cross triathlon and finally the owner of a farm breeding horses, - tells in detail about the breed "Selle Français" (or "French horse") and the principles of selection and licensing of breeding horses in Western Europe. Here are just a few numbers attest to the success of the French sports Stud Farm