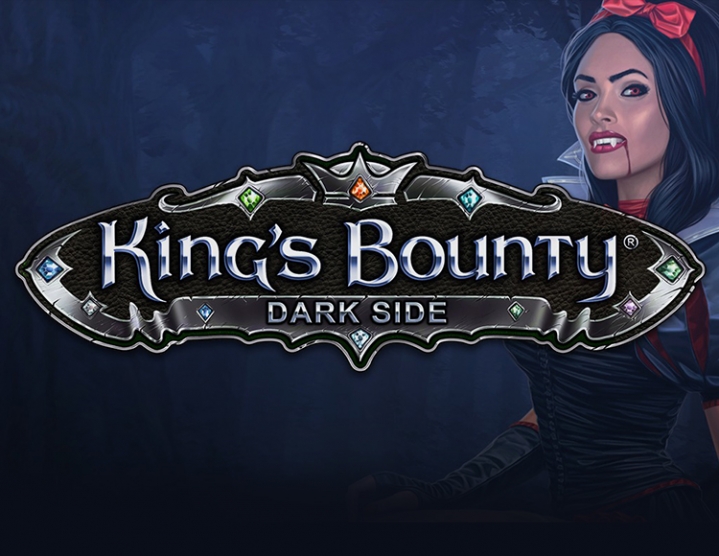 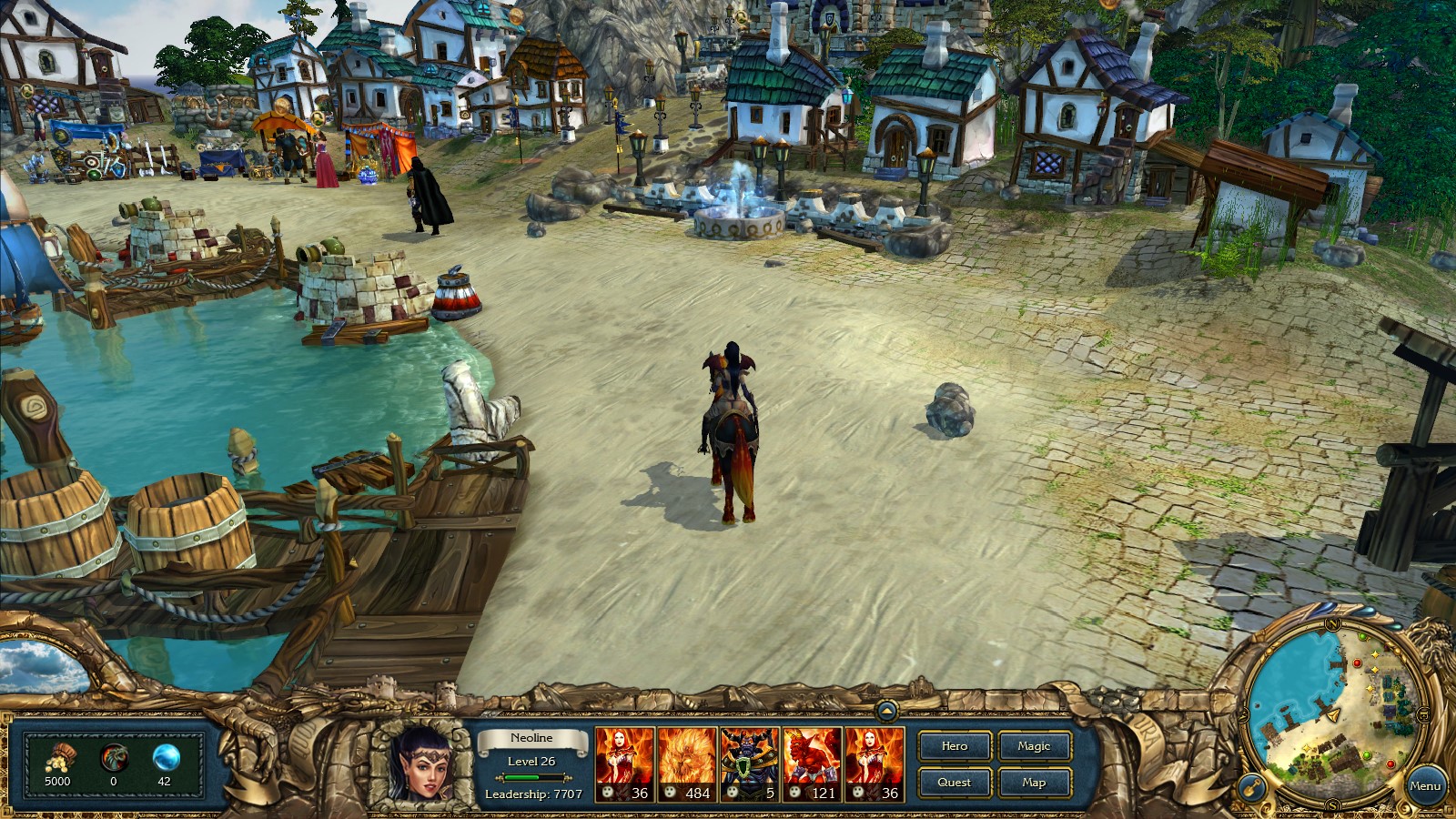 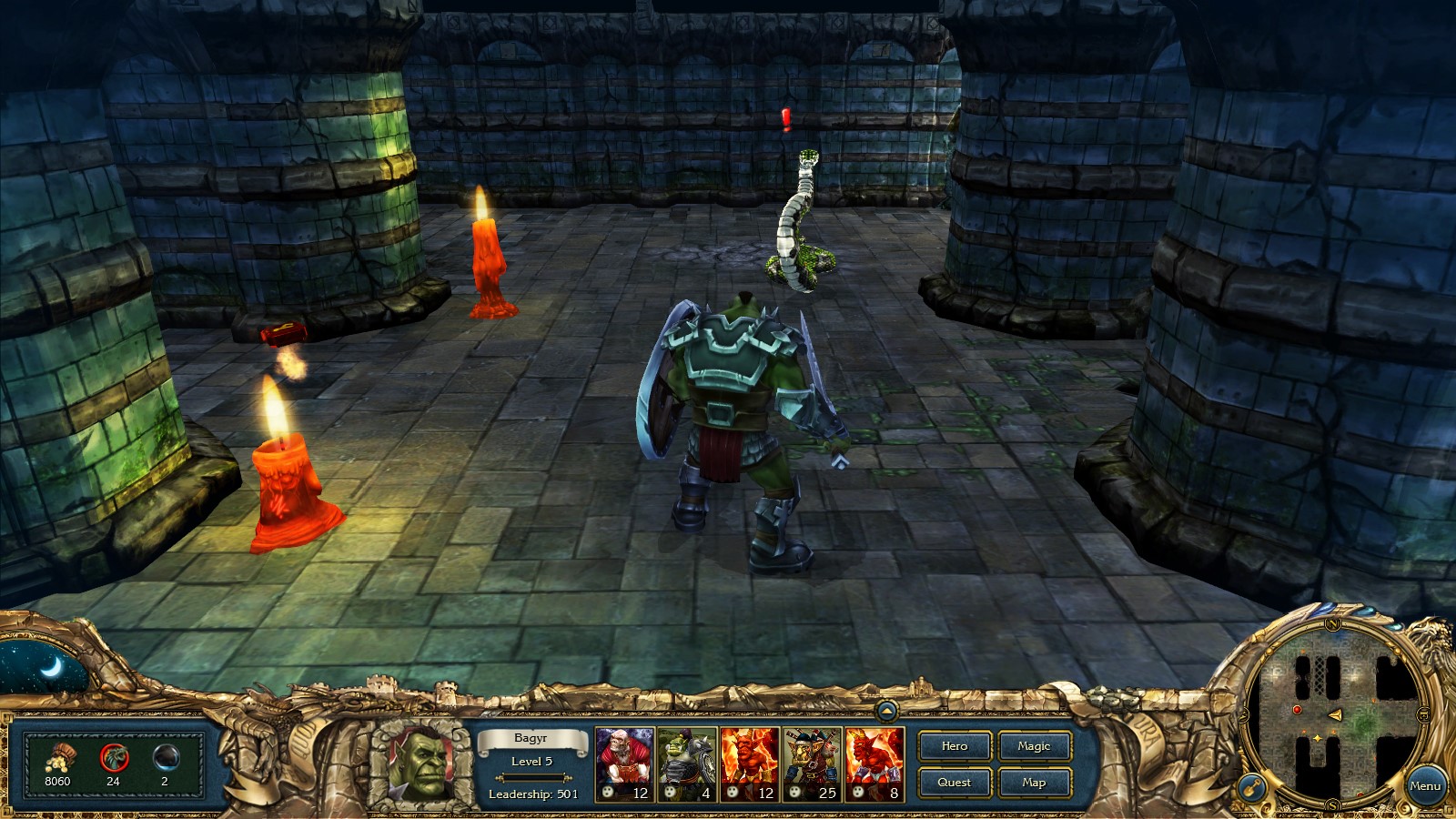 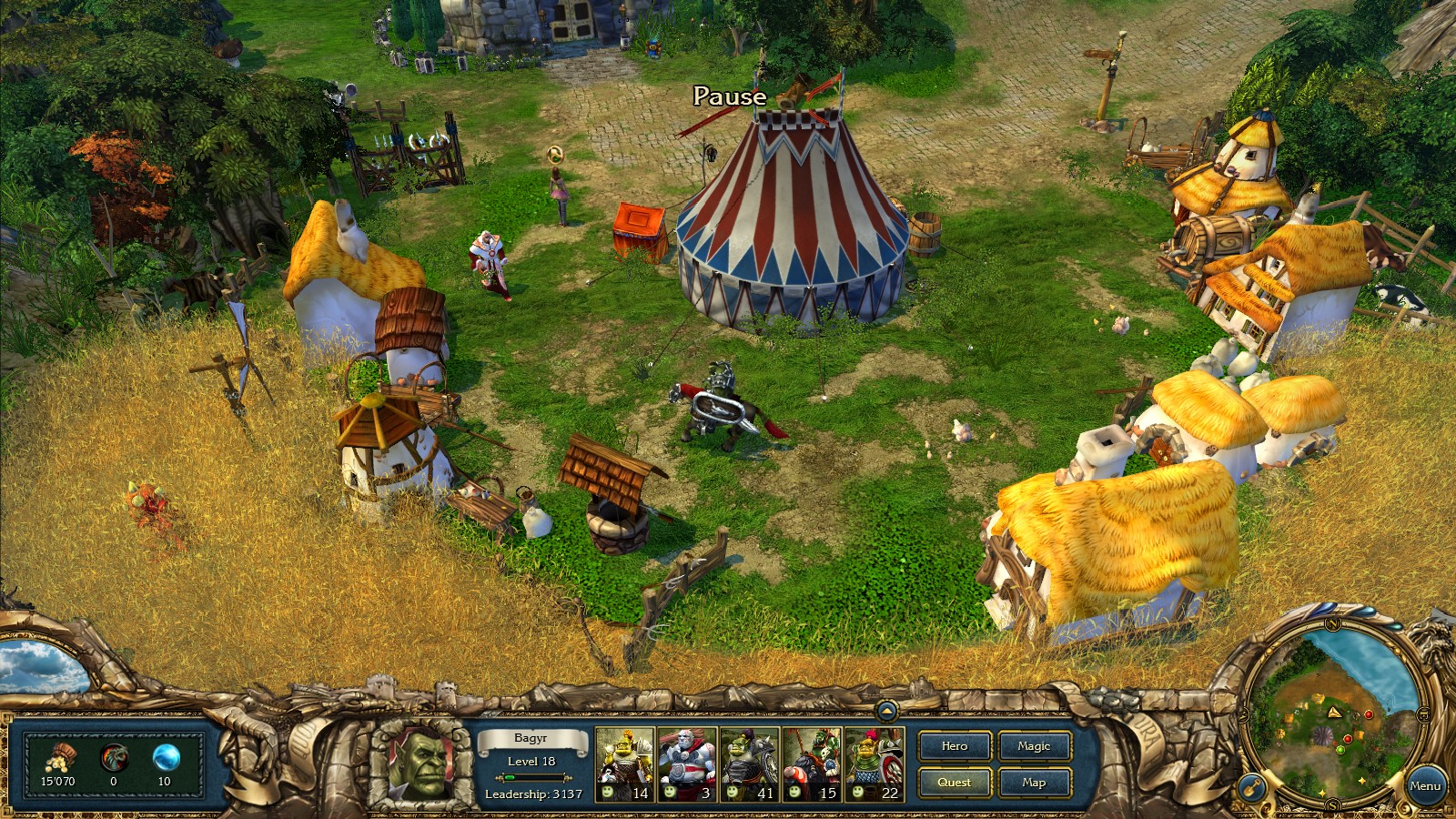 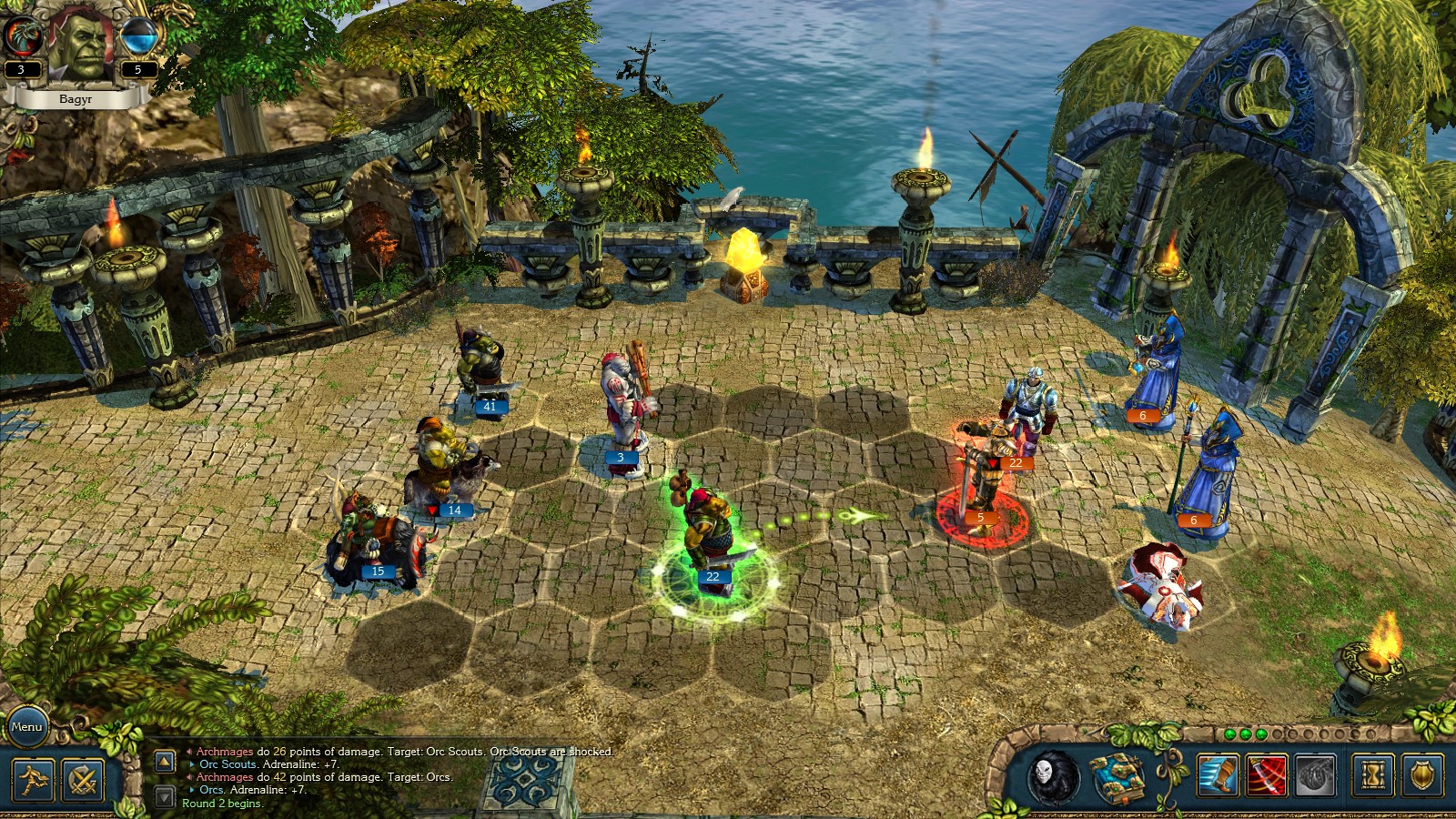 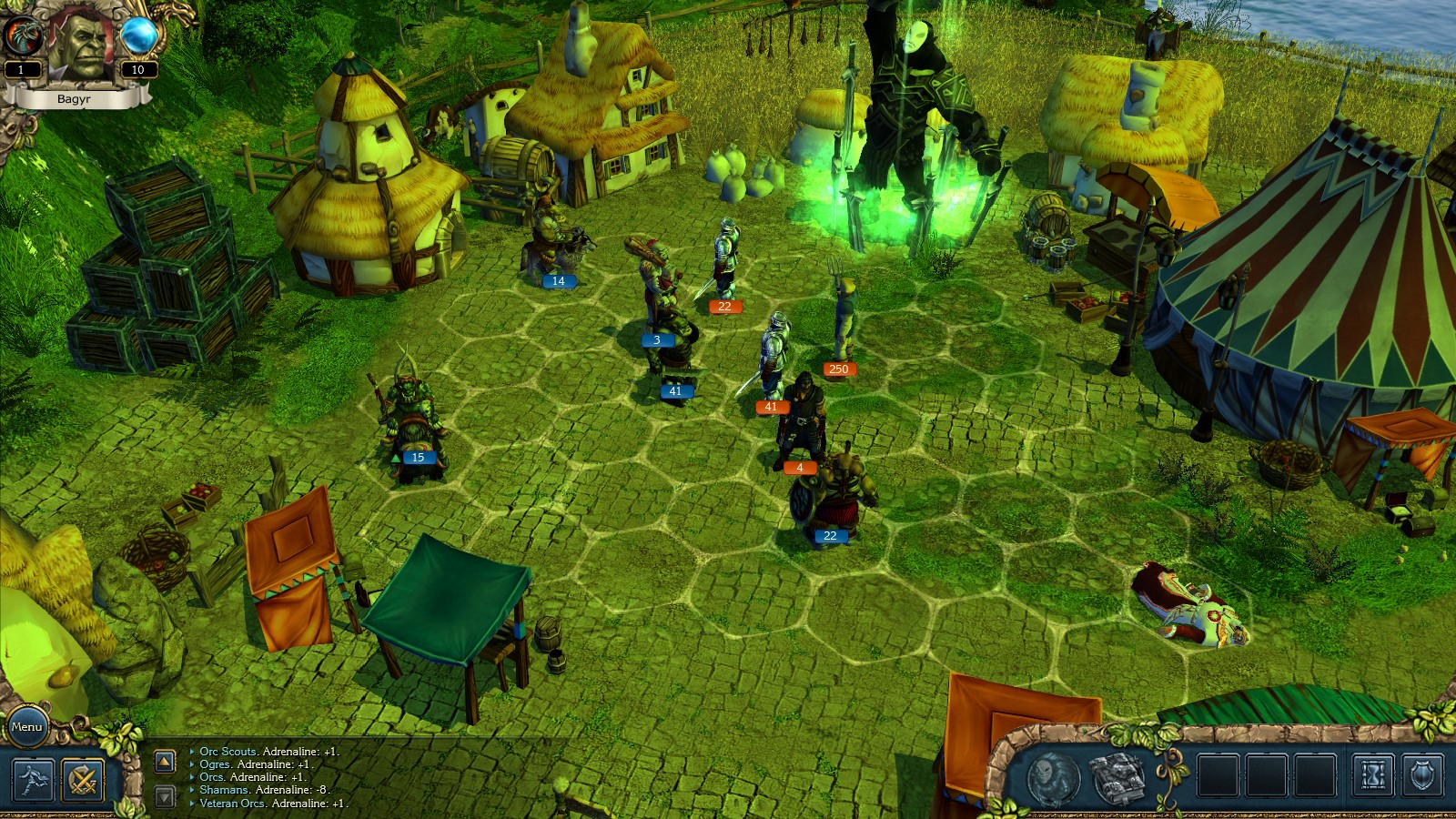 Description:
In the sequel to the adventure saga of King´s Bounty, you will get to know the dark side of the world of Thean and make a journey through unprecedented lands, on which bloodshed. For the first time in the history of the famous series you get the opportunity to choose the race of the main character. Meet the new heroes of King´s Bounty! Fearless orcish warrior Bagheer knows more than anyone about the importance of Rage in an unequal battle. The natural demoness leader Neolin, who possesses the gift of persuasion, even in the most difficult battle maintains the high morale of her troops. And the vampire Daert, who does not know equals in the sinister art of dark magic. Each of them has its own story ... Having crushed the army of the orcs in the decisive battle near Three Creeks, the elves, intoxicated by victory, plunder and mercilessly exterminate the green people, desecrate their shrines, burn settlements, steal children. The greatest warrior of the orc tribe Baghir, with a handful of surviving companions, is forced to flee, seeking refuge with the gnomes. Blazing with righteous anger, he dreams only of how he will be able to return with a mighty army behind his shoulders and expel the invaders from his native lands ... The Knights invaded Atriksus, everywhere sowing death and suffering. The demon King is dead, and the command of a few surviving troops is taken by his daughter, the young demoness of Neolin. Having managed in a desperate cast to break through the environment of ruthless human warriors, she leads a handful of devoted imps towards Zakatnaya Lava ... The castle of the ancient family de Mortonov is about to be besieged by the army of vampire hunters, and the young Daert hurries to find allies among the dark races. The choice of those to whom he appears, is small - either join forces in the face of the general danger, or perish forever ... Suddenly, three dark fates are intertwined. In the depths of the Black Cave, where many centuries ago the light races concluded the Ancient Evil, the three heroes utter swears and exchange powerful relics that can help in the almost lost war. After mustering the armies, they go into a new battle for the future of their peoples. Solid against the light or to sink into oblivion - the third is not given! Key Features: 15 unexplored territories;
Over 100 tasks;
A new system of companions - different satellites for each hero;
A new combat ally;
New detachments, artifacts and abilities of Rage.