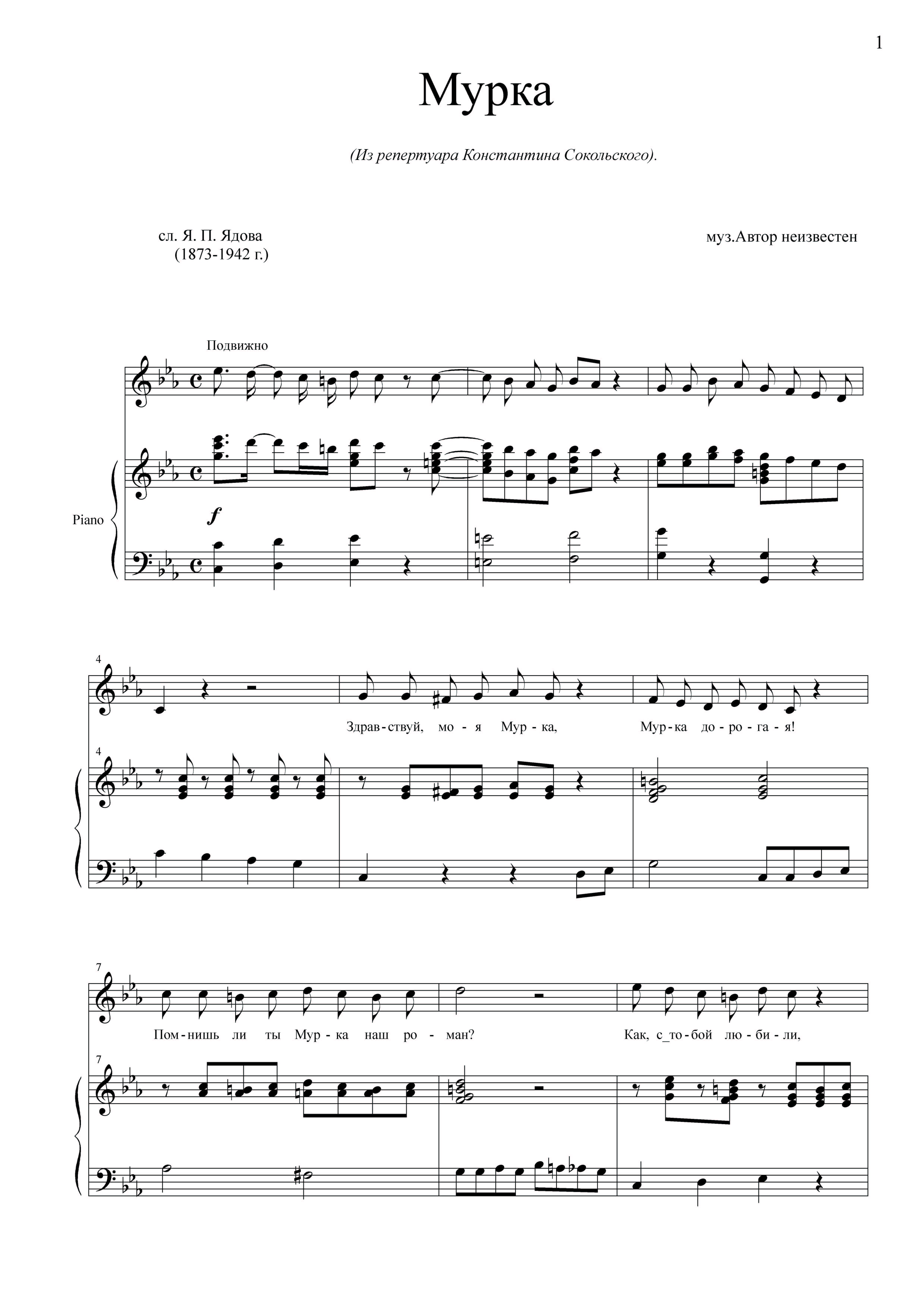 S.N.N information about the seller and his items
offlineAsk a question

Your attention to the site contains the song "Murka" in a transcription for voice accompanied by an unknown author fortepiano.Muzyka words Ya.P.Yadova
This song from the singer´s repertoire 20s Costantino Sokolsky.
The song appeared in 1920 in Odessa and has long changed. In earlier versions of the character´s name was Mary or Lyubka. The original name of the song, most likely - "Lyuba". The authors have not been established. There is a version that the author of the text (as well as the author of the text "Hop-by-Smyk") was a poet Jacob Odessa Poisons - text creator of "donuts", but there is no direct evidence. See. Article Vladimir Bakhtin "Forgotten and unforgotten Jacob Poisons" ( "Neva", 2001, №2) and "Murkin" history "(" Neva ", 1997, №4).